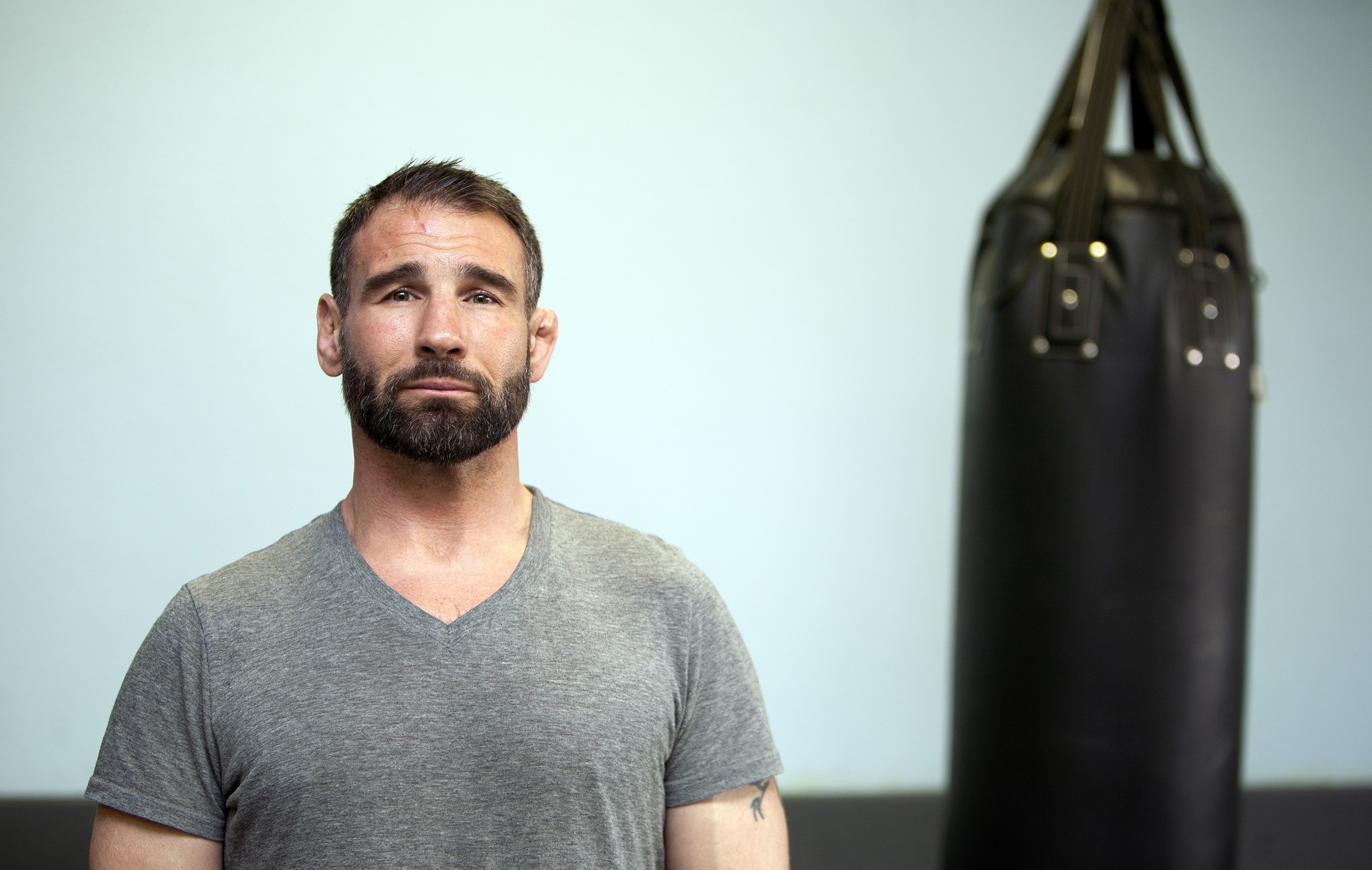 Isaac was a rising star in the Ultimate Fighting Championship when opiate addiction cut his career short and left him homeless, separated from his family, and facing prison for crimes he committed to feed his habit. Once 23rd in the world as a UFC mixed martial arts fighter, Isaac says it was a disease of perception that stopped him from seeking treatment until he was looking at a lengthy prison sentence.

“I never thought about treatment. The UFC is this ‘pull-yourself-up-by-your-bootstraps’ kind of environment. I had made a career out of being one of the toughest people in the sport. I figured I could kick this on my own. Admitting I needed to get clean was like admitting I wasn’t in control. I was also in denial because I had a career, I had a house and a wife. I thought I was functioning.”

This was not Isaac’s first encounter with drug addiction or treatment. By the time he was 15, he had been sent to an adolescent care unit. At 17, he faced the choice of detention or treatment after crippling a friend in a drunk driving accident. Isaac chose treatment and for several years after that embraced recovery as an active participant in the AA community. But as his fighting career began to take off, Isaac stopped going to meetings and forgot about the ongoing need to maintain recovery.

He began drinking again.The pain and injury that comes from fighting reawakened his addiction. “Fighting for the UFC, I was held in high esteem. I had fans.” And some of those fans were doctors who prescribed him as much oxycodone as he wanted. Isaac was able to justify his excessive use of opioid painkillers to treat his pain. Eventually, he started snorting pain pills and spending large amounts of money to buy more. When he was introduced to heroin, he knew this was dangerous territory. But it was cheaper, and more effective.

So began the spiral that cost him his career, his family, and nearly his life. Isaac was suspended from the UFC. He continued fighting at smaller venues, but his drug use became so severe he gave that up, too. He was lying to his wife, telling her he was going to work when he was out stealing to pay for his drug habit. When he was arrested, Isaac said it was a moment of clarity for him. “At that point, I really did want to get clean. I’d wake up and not want to get high, but couldn’t handle kicking heroin on my own. Now I could stop running. I could quit lying to my wife and family.” Isaac went into a ten-day treatment program but when he got out, he began using again immediately. When his wife kicked him out, he was homeless. “At that point, my plan was to live on the street until I was dead.”

But Isaac’s wife reached out to him and insisted he seek treatment again. She gave him a phone number, and he made that call. “I don’t know why I said yes. I just did. I was just so beat down, this was my out and I took it.” Isaac’s wife dropped him off at the treatment center, planning to divorce him immediately.

Isaac completed a 30-day inpatient program that focused on the 12-Step model, and then spent 60 days in a Sober Living facility. During that time he worked with a therapist on grief, loss, and trauma, participated in group therapy, attended 12-Step meetings, and did family therapy with his wife. “Learning about how the addicted mind works really helped my wife to understand me better.” Isaac said he began to heal during this process, recognizing that his addiction was something he could treat. Something clicked in him this time that allowed him to take his recovery seriously.
“I started to see the end. I had been arrested, and I was facing quite a bit of prison time. And that never stopped me. But I was starting to see deaths, you know, people around me dying of overdoses. The way I was using was gonna kill me. It’s a weird paradox, there were times I wished I wouldn’t wake up the next morning. And now that I’m sober, I see how close that actually was to happening.

Isaac’s wife did not divorce him. They are learning how to live together again. Isaac and his wife both recognized that recovery had to be their main priority if their marriage was going to survive. Isaac is an active member in his local 12-Step community and works closely with a sponsor. His wife attends Al-Anon. Isaac owns and operates a gym. He and his business partner have opened their doors to other people in recovery in the belief that a physical outlet is an excellent way of dealing with the physical and mental challenges of recovery. “I think it’s good to understand that you can push yourself when things are rough. You can push yourself mentally past places where before would have been an excuse to use. It’s not like it’s a recovery center, but we talk a lot about when things get rough in life you don’t just get to give up. You can learn this lesson in the gym so we really stress that around here.”

Isaac says that the biggest challenge for him right now is dealing with the shame of his relapse, and recognizing that the problems he has are of his own making. Isaac uses the tools he learned in recovery, going to meetings and staying close to people in recovery, talking openly and honestly to his support community, his wife and his sponsor, and prayer. The work he does in his gym is also his way of giving back, developing and maintaining fellowship, and building that sense of purpose he lost while using.

Despite everything he went through, Isaac says he does not regret the relapse. “I never really took it seriously before. I think it was important for me to relapse because there’s always the thought, like, I might be too young. Maybe I was just a kid and had to deal with some issues. Maybe, you know, there’s always “I might have just been this, this or this” and not an addict. All the damage that I did helped me to realize how that’s not true. I am an alcoholic and an addict through and through; I see that now. I wish I would have gotten it earlier. But it was very important to run through all those loopholes of what my brain would tell me in order to figure out that I really am an alcoholic and addict.”

Thank you for connecting with us. We will respond to you shortly.